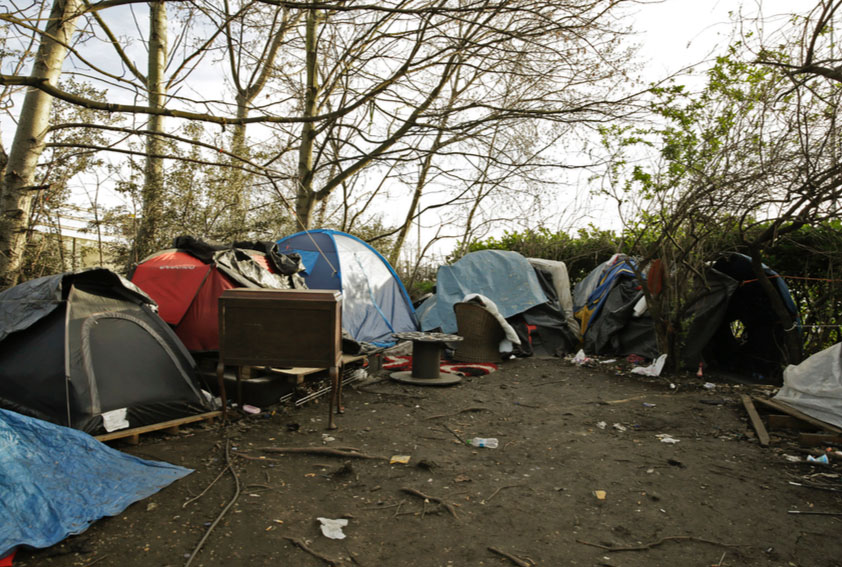 Thames Reach was awarded ‘Starter for Ten’ funding from Commonweal Housing to undertake research into the issue of Romanian migrant workers living on encampments – groups of tents and makeshift shelters in London. This project was an exiting opportunity to explore a poorly understood area and I was pleased to work in partnership with Thames Reach to deliver the research.

So, what did we know? We knew that a specialist outreach worker, Ben (co author of the report) and colleagues were contacting a certain group of people every week; Working Romanian people, mostly men living in makeshift shelters by the roads, under flyovers and in open spaces in outer North East London; a sub group of the broader picture of encampment dwellers.

Homelessness outreach practice uncovers this hidden issue, but it’s not an area that is well shown up in statistics. There are very good reasons for this described in the report (for example, people spend very little time at encampments and when they are at the sites they are often sleeping and do not come out of tents to say hi to outreach workers).

Encampments attract controversy, myths and preconceptions within our sector as well as in the press and amongst the public. To shine a light on this issue there was a need to do something very targeted and specific. So, we did a small piece of research. The method was not perfect – there were ethical challenges and we lack contextual quantitative data. But we went and spoke to the people living on encampments to find out more about their situations, motivations and plans. We spoke to 21 people from that specific and sizable cohort of working aged Romanian people. This blog describes some of the things I found most interesting from the direct interviews with encampment dwellers:

This varied, but the most common route was when someone was no longer able to afford the rent on poor quality shared Private Rented Sector (PRS) accommodation. Most people we spoke to had lived in the very bottom end of the PRS in overcrowded and unhygienic conditions. When forced to move out through lack of work, several said they actually found life better sleeping in encampments. Conversely some people said they knew from the start they would be sleeping outside when they came to London, that they would need to work before they could move into accommodation.

What was absent was the sense of any organised route from Romania to encampments in London. In addition we found no evidence of those living in encampments in Outer North East London spending time in central London where begging is more common. One person commented he had no idea how to get to central London.

In the homelessness sector we often rightly emphasise the dangers of sleeping rough including risks of illness injury and death often related to drug and alcohol use and or mental health issues. The people we spoke to did not fit with any of the usual profiles in terms of their health. While they were not accessing health services there was no evidence of poor health in those we spoke to and people were fit and ready and motivated to work.

There was a lot of evidence around how resilient people were. Making the most of the environment around them, accessing launderettes, shower at local gyms, calling home from internet cafes, spending time when not working looking for cheap or free clothes to send to children at home. This quite heartening resilience should always be understood against the backdrop of a life consisting of hours and hours spent hanging around DIY store carparks in any weather hoping to be picked up for hard and uncertain work, for which its entirely possible that may not even be paid a penny – most of those we spoke to had been exploited one or more times, undertaking work they were not then paid for as agreed.

For this particular group it might be that the unprotected and informal work poses as much of a health risk as sleeping outside.

The UK or London specifically was generally of no special interest to those we spoke to – most did not speak very much English at all. The motivation to come and seek work in London, was money. In most cases this was a means to support dependents living in extreme poverty in Romania with food, clothing, fuel. People often reported going home several times a year and in particular most people planned to leave London Dec-March (2016/17). The journeys people make to and from Romania highlight that the offer of reconnection (where travel costs to move back home are provided as a solution to end someone’s rough sleeping) is not always a relevant one for this specific group of people.

When we see encampment, we see failure. Depending your perspective this could be failure of the housing market, the employment market, public policy, enforcement agencies, or of an individuals journey… However, the people living there, making money often see relative success. We see the encampment but most hours are spent away from encampments, even outside of working hours, time is spent elsewhere and the encampments are just a place to sleep.

And in working hours? the bottom line is what really matters to those staying on these encampments and that is around £40-£90 a day several days a week albeit in very insecure and sometimes exploitative work. While this work is available, it’s likely that there will be people in desperate situations ready to do it.

When we asked people about their plans the only firm plans people had were to go home over the quiet and cold Christmas period. Apart from that most people lived from week to week, stating they would stay in the UK for as long as they were allowed to or as long as they could find work.

Those are a few observations from the research with encampment residents. I also undertook interviews with professionals in services and policy roles and a desktop review of information on the issue of encampments including the role of enforcement action. I feel its important to reiterate here is that this group do not reflect the whole population of homeless people living on encampments in London; some groups are known to have very high support needs and the response will be different to this group.

Overall the issue of encampments is symptomatic of what are sometimes called ‘wicked problems’ – social problems impossible for us to solve in their entirety. There are so many interconnected issues that confront us when we look at this small scale but important issue of – immigration, human rights (for example to access basic needs such as clean water), the informal economy, exploitation, stigma the housing crisis, enforcement and policing challenges.

It can feel overwhelming. For the large-scale providers of outreach and accommodation services in London’s homelessness sector working out an alternative offer to reconnection for this specific group has perhaps been too controversial, too far outside usual models (which require welfare benefits), too risky in what we consider to be an ever-evolving situation. But the situation has persisted – for many years now. There is an increasing sense of restlessness and unease about this internally and from our commentators.

Maybe we as a sector don’t need to have a complete understanding or a perfect answer. Maybe we can consider ways to mitigate or decrease the negative impact of encampments and provide a more meaningful alternative to this group – and others with no/ low support needs, the means to support themselves but with no realistic options for a decent place to sleep for the night in London’s broken, overheated housing market… Whatever the ‘service’ or accommodation response is, it is clear that it must go hand in hand with efforts to help people move people away from the informal ‘cash’ economy and with efforts from the homelessness sector to support, push and provide evidence for campaigns to address wider supply issues.

Following the publication of the report, Thames Reach has continued to explore with Commonweal Housing accommodation options which could offer alternatives to encampments, and is starting to have conversations with the migrants rights sector about cross sector partnerships.

For the report please visit: http://www.thamesreach.org.uk/publications/research-reports/research-into-the-lives-of-romanian-migrant-workers-living-in-encampments-in-london. 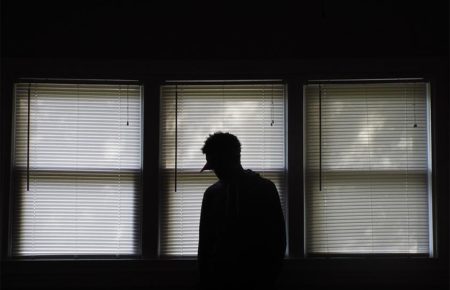 The role of qualitative research in homelessness prevention

The role of qualitative research in homelessness prevention
This site uses cookies: Find out more.